Tell me if you know someone like this: doesn’t work that much, just enough. But the “higher ups” are friends with him, they like him. He gets the promotion.

Or you know a hard-worker, who does great work, but he doesn’t know the “right people”, so no one seems to notice his work. You feel that his work is under-appreciated.

The hard worker without connections, or an average worker with more connections: who will have a better chance of reaching their goals?

Easy answer, right? In many, many cases, it matters who you know and only then comes the quality of your work.

I think the best combination is a hard worker with lots of friends.

A Strong Case for Weak Connections

The whole idea behind this blog is to help us find the most effective ways of getting more out of life. Making “weak” connections is one of those ways.

It is safe to assume that you have two broad categories of friends: close friends and acquaintances. There are your high-school and college buddies, a neighbor you grew up with, office peers that you hang out with all the time, and then there is your uncle’s son that you see every Eid, or that college friend you bump into an odd wedding, or that chance meeting with a friend of a friend who works in the same field as yours etc, etc.

Which of these two groups – close friends and weak acquaintances – is more “useful” to you in terms of your own growth?

The intuitive answer may be that our “close friends” are most helpful. But perhaps we are not looking at the contribution of our “weak ties”.

Malcolm Gladwell in his seminal book The Tipping Point makes a strong case for weak ties. Basing his conclusions on the work of sociologist Mark Granovetter, Gladwell writes:

People weren’t getting their jobs through their friends. They were getting them through their acquaintances. Why is this? Granovetter argues that it is because when it comes to finding out about new jobs – or, for that matter, new information, or new ideas – “weak ties” are always more important than strong ties. Your friends, after all, occupy the same world that you do. They might work with you, or live near you, and go to the same same churches, schools, or parties. How much, then, would they know that you wouldn’t know? Your acquaintances, on the other hand, by definition occupy a very different world than you. They are much more likely to know something that you don’t. To capture this apparent paradox, Granovetter coined a marvelous phrase: the strength of weak ties. Acquaintances, in short, represent a source of social power, and the more acquaintances you have the more powerful you are.

There are many, many examples of this. A recent, personal example of this interesting social phenomenon is how I made a new friend, thanks to my “weak connection” with Scott Dinsmore.

My connection with Scott is a “weak” one. I read his blog, we may have exchanged a couple of tweets and more importantly, he is on my Facebook friends’ list. I love the overall message of Scott’s work: he is passionate about helping others “live their legend”. He has a very successful blog that you should check out. But the point is, my “weak” connection with Scott means that apart from each other’s names and a rough idea of our geography, we don’t know much about each other, on a personal level. I know a lot more about his work of course: he is a great writer and a passionate worker. But all he knows about me is my name and my location. That was enough. 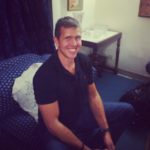 Scott messaged me on Facebook a few weeks ago, asking me if I can hook up with Paul. As I mentioned before, Paul is on a unique mission spanning 9 months and as many countries around the world, and Scott introduced me to him. That one message and a few weeks later, sitting in Gloria Jeans here in Lahore, sipping bad coffee and exchanging stories, I mentioned this to Paul: I said isn’t it kinda cool, that a simple little Facebook message, and a few days later, here we are, sitting face to face and discussing hosting businesses and lifestyle choices?

The last part of that quote is worth repeating:

Your friends, after all, occupy the same world that you do… How much, then, would they know that you wouldn’t know? Your acquaintances, on the other hand, by definition occupy a very different world than you. They are much more likely to know something that you don’t.

I have a question for you: Do you actively try to make new, different type of friends? Do share your thoughts in the comments section of this post. Thank you.